A writer who created her first book at the age of 4. A young philanthropist who travels halfway across the world to India to support a cause close to her heart. To the people who know her, Jenn represents young global citizens who are as passionate about bringing a positive change in the world as they are about pursuing their own dreams. 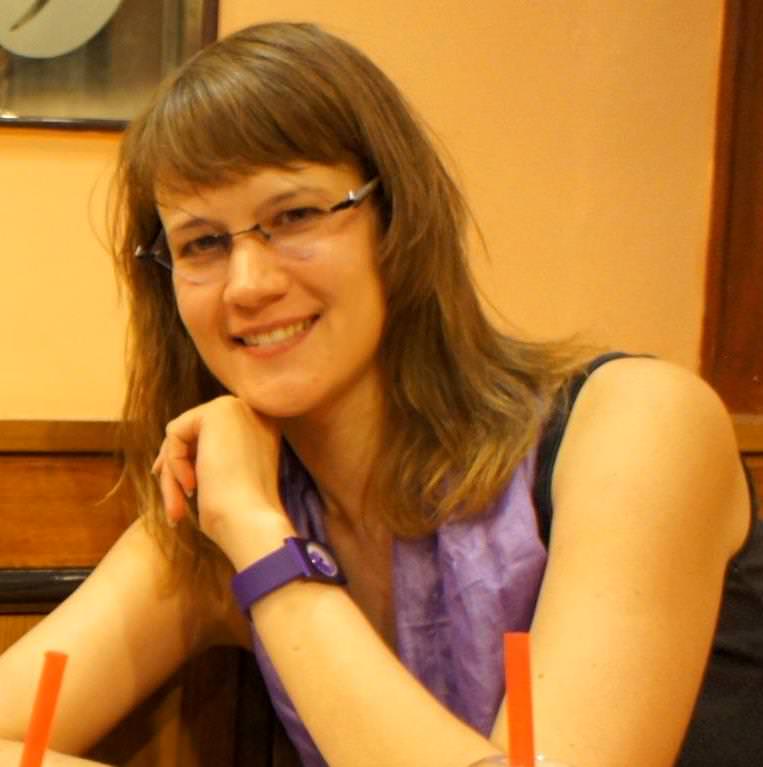 In conversation with the beautiful Jenn Koiter, an accomplished Poet and Essayist who lives in California, U.S.A but is equally happy being in Delhi, India.

When I was four years old, I made my first book, an illustrated story about a bird learning to talk made out of glued-together construction paper. I think I wrote my first poem in the second grade.

I spend a lot of time alone writing or reading my favorite authors. I divide my time between L. A. and New Delhi where I volunteer part time with Justice Ventures International, a legal NGO that focuses primarily on human trafficking issues.

I try to write every day. Writing is such an intense experience for me and sometimes I do need a little time off. I love attending and participating in art events: readings, gallery openings, performances. I also love to read a lot. In poetry, I love the Polish poet Adam Zagajewski. He might be my favorite poet. I also adore David Shumate’s prose poems. Louise Gluck has been a huge influence on me. For essays, it’s pretty near impossible to beat Joan Didion. I also love Joseph Epstein, my former teacher, and Maggie Nelson has a weird little book of short lyric pieces called Bluets that just blew me away. I’m sure I’ll think of more writers that I can’t believe I forgot as soon as this conversation is over!

I started teaching English literature a year after I finished my first graduate degree at the University of Chicago. Teaching is immensely rewarding. It’s a great gift to get to watch students expand their minds and figure things out. It’s like being a midwife for ideas! It’s very hard work, though; it takes a lot out of me. It’s not the kind of job that you can leave at the office at the end of the day.

A fondness for India

My first visit to India was in March of 2012. I had studied and read about Indian culture quite a bit, but it was still an adjustment. It’s hard to communicate the sheer rush of people on the streets to someone who hasn’t been there. The traffic made me close my eyes. 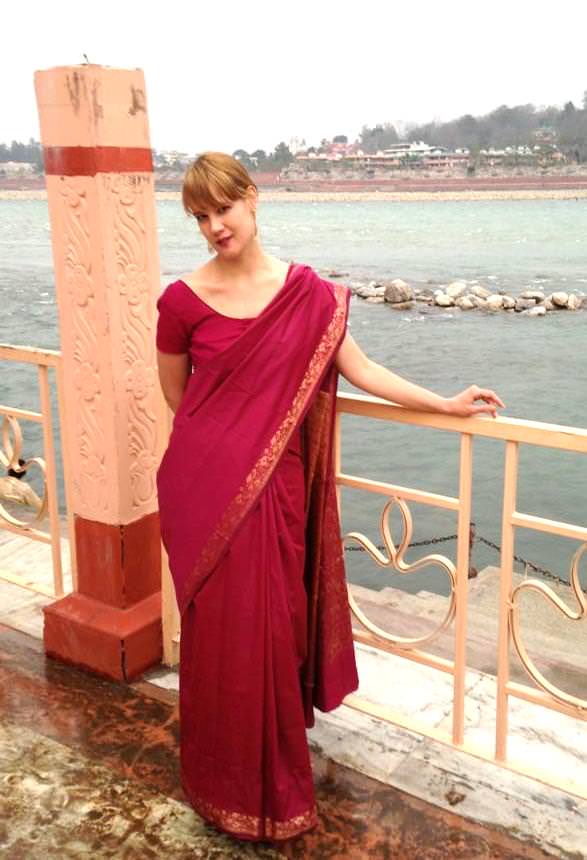 A close friend of my father’s is a consultant for communities in crisis, particularly Nepali girls who are trafficked to India to work at city brothels. Some of the stories he shared really just caught my heart and the next thing I knew I wanted to come here and associate closely with the cause. That is how the first trip happened.

I am also particularly intrigued by the eclectic mix of cultures that make Delhi a global city. It is like looking at centuries of history at one single place. It’s a feel good place for me.

The thing that surprised me most was seeing how poverty and wealth were in such close proximity to one another. There can be piles of rubble right outside a five-star hotel. I can come out of a posh hair salon and find poor children begging for my drink.  Back home, people are more segregated by class.

As far as the people I met, I found them to be welcoming and generous and very straightforward.

I’ve always been interested in mythology, ever since I was a little girl. I loved reading myths and folk tales from around the world. My two majors in college were English, with a concentration in Writing, and Religion. Many of my religion classes focused on Hinduism and Buddhism, which is how I discovered the work of Sanskritist Wendy Doniger.

I loved her work so much that I went to the University of Chicago specifically to work with her. And since India was her focus, I burrowed into Indian stories – and loved them! I wrote my Master’s thesis on the Mahabharata.

Have you ever felt unsafe travelling in India?

I think you just need to be aware of your surroundings, like anywhere. I’ve stayed out on Marine Drive in Mumbai until the wee hours of the morning and felt perfectly safe. Delhi is perhaps another story. It’s not as much of a late-night city, in my experience, so unless I am with a group of friends, I tend to cut my nights short.

But even in Delhi, I’ve never felt unsafe. I am hesitant to generalize about all of India.

I think it’s important to be open to whatever comes my way, and not to have too many preconceptions about people or places. To try to see things as they are and not as I expect them to be. I also try to treat people in such a way that they feel better about themselves after encountering me, not worse. I also feel that we have a duty to try to leave the world a little better than we found it, which is why I volunteer with Justice Ventures International, an NGO that works to provide justice for the oppressed in India and China.

Where does Jenn Koiter find inspiration?

Hmmm… that’s a hard question. All the usual answers are true: my parents, writers who worked hard and got their words out into the world. But there is also this: after college I had a temporary job filing forms in a mental health clinic. Many of the stories were heartbreaking. One file really stood out to me, a patient who suffered from vivid and frightening hallucinations. She would see things like maggots squirming out of people’s eyes when she talked to them.

But still, she would get up in the morning, get dressed, go out. It struck me how much courage it must take for her to just go to the grocery store, all the while having to tell herself that the terrifying things she sees with her own eyes aren’t real. I would like to face the world with that much courage. 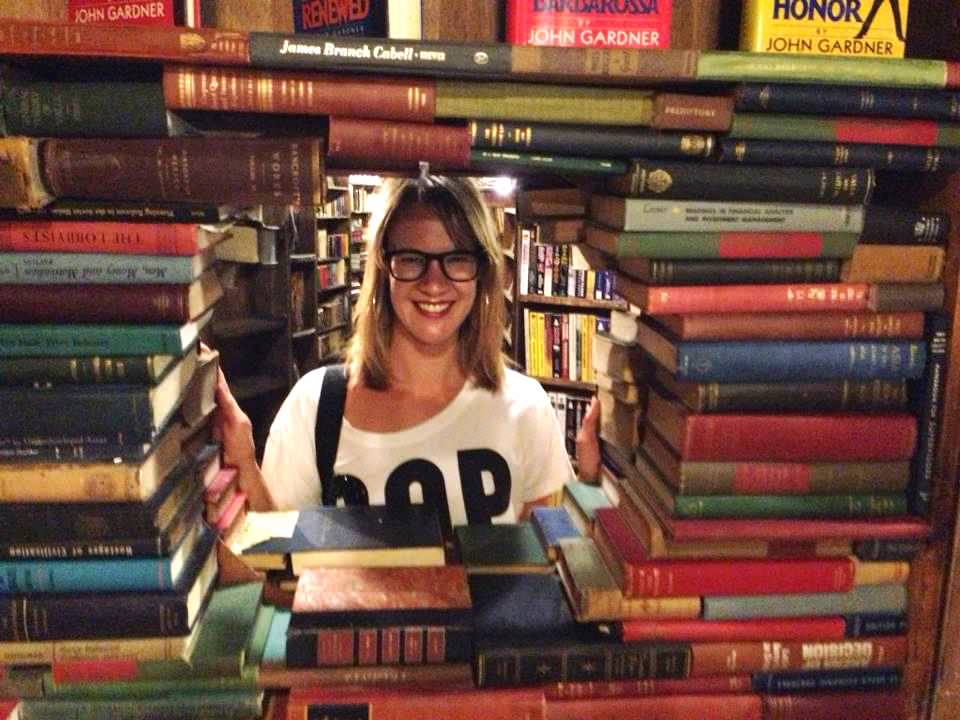 Jenn’s poetry has won her accolades time and again, including the noted Dorothy Sargent Rosenberg Poetry Prize in the years 2006 and 2010.

What a great prize! It’s geared toward poems that celebrate the spirit of life. So much writing is about suffering or working through difficulties, which is beautiful and important. But it’s also nice to see a prize that focuses specifically on celebration and positivity. Unfortunately, the prize is in its last year.

Practically speaking, I want to publish a book of poetry and a book of essays. Beyond that, I think my goals are linked to my beliefs. I want to be open to the world and to be a positive presence in it. I don’t want fear to keep me from living fully.

I love visual art and visual artists. I think it’s so important for people in the arts to mix with others working in different media. I think it enriches everyone’s work. I am also passionate about ending human trafficking. Hence my volunteer work.

A friend called me a free spirit the other day, which isn’t actually what I feel like. Basically, I’m an anxious person. I have to push myself to do anything. So I might as well push myself to do something big, something that makes the world a better place.

You already are, Jenn.